Kevin Sessums blogs about a wave of gay men who are becoming fathers through surrogacy – at The Daily Beast.

He writes, “When one considers what gays have been fighting for in the last several years – the right to marry, the right to serve in the military, the right to be ordained as ministers, the right to have or adopt children, the right to be in the Boy Scouts, for God’s sake – one is astonished how conservative those desires are. Indeed, the only desire that could finally be deemed libertine is our sexual one. But as a 52-year-old homosexual man who marched against Anita Bryant and survived the AIDS epidemic this is, in 2008, the most astonishing fact of all: The new gay world is nothing but the old straight one.” 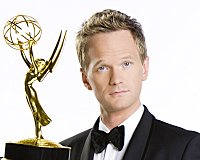