Even in today’s fashion-forward society, it seems that outfitting babies, toddlers, and preschoolers remains an untamed frontier – the wild west of fashion you might say. No rules.

Parents shopping around amuck, dashing from one homogenous big box store to another, waving their credit cards and paying little attention to anything except the price. Snatching up something that has been mass produced in a third world country (undoubtedly with questionable labor standards) so that it can be mass marketed as style when, in fact, it’s the furthest thing from it. Mom and dad want their kid to fit in, so every child looks like every other in town, and hardly any of them look presentable.

Growing up I always had a fitted black suit in my closet just in case of an unexpected funeral. I used the same tired clip-on tie for years, but I was dressed. God forbid there should be a funeral in these days when Dad has an appropriate suit, Mom has a suitable dress, and Junior? Well, Junior has a portrait of John Lennon on his tee-shirt even though he clearly doesn’t hold an opinion as to whether or not Yoko was a muse or a distraction. Mom and Dad think that’s cool, and maybe it is. But is it style? I suggest that style is individual, and that as parents, we’re not only obligated to teach our children the ABCs and how to navigate the pitfalls of society but that they do it as an individual unlike anyone before them. That they do it with style.

Call me old fashioned, but I do think limits are in order. Here are some children’s clothing “don’t’s” I’d like to think everyone could live by:

1. For those of you who clothe your children in hoodies that have huge corporate logos on them, I ask… why are you selling cheap ad space on your children? Is it some kind of Old Navy profit sharing plan I’m not aware of?
2. Similarly, there shall be no slogan, be it fanciful or benign, written across the backside of your children’s pants. Forever and ever. Amen.
3. There is a time and a place for plastic roses on formal gowns. The time is a very very long time from now, and the place is a location I refuse to divulge.
4. I’d be remiss to forget boys hats with dog ears or any other animal accoutrement. Now, kids aren’t terribly sophisticated and I understand that, but my advice is October 31st is the only day your kid should be sporting a tail.
5. Grandmothers please accept your role in clothing your grandchild. Your buying power is most often appreciated, but your clothing opinions for the kids are rarely so.
6. Never ask your two year old if he likes something you’re buying him to wear. TELL him he likes it. He will follow your lead because, well because he’s two, that’s why.
7. In most every instance, crystals and sequins are better bedazzled onto a potholder or kleenex caddy than onto your offspring’s wardrobe.
8. Finally, Moms never ask a Dad if something will look good on his boy. If it doesn’t have a football on it, he’s likely to tell you it’s changing the baby’s orientation. 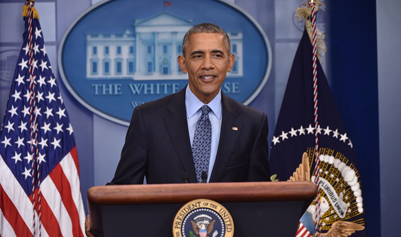 One thought on “Style for the undersized”