B.J. started his surrogacy journey at the 2005 Men Having Babies seminar, and Leah carried his daughter Christina. Below is an interview with B.J. and Leah. B.J. Holt is one of the parents who will be on the panel at this year’s seminar. Leah Eilmus, was a gestational surrogate who carried B.J.’s daughter – and she will also be speaking at the seminar.

The seminar is part of a year-round Center Kids program that includes monthly meetings of the Planning Biological Parenthood for Men support group [every fourth Wednesday, at 6:30 PM]. B.J. started his surrogacy journey three years ago when he attended the seminar and subsequent group meetings.

Q. How did you decide to become a parent through surrogacy?

“I had been thinking for a long time about having a child, but I wanted to be 100% sure that I was ready to make that commitment. Then about three years ago I saw an ad in Time Out Magazine about the surrogacy seminar organized by Center Kids. I had not considered surrogacy before and felt this was the perfect opportunity to learn how it actually works. The seminar was enthralling! I remember taking notes like mad. It was exciting, like an entirely new world of possibilities that just opened up. Listening to the agency representatives, the doctors, surrogates and the parents that had been through the process was eye opening! I was happy to hear Ron’s announcement that there are also monthly meetings of the Planning Biological Parenthood group I can attend. I needed to learn more, digest what I heard, and hear other people who are going through the process. The group meetings were exactly what I needed. I truly appreciated speakers such as Dr. Doyle from CFA, who went through the medical aspect in easy to understand details (later on Dr. Doyle ended up being our doctor…).” Q. and what made you finally take action?

“A few months passed and I realized I was thinking about it day and night… That was the sign for me that it was time to act on it. I still had to figure out how to merge my new personal life with my job. My career is very demanding and my company relies on my heavily for almost around-the-clock involvement [B.J. is a general manager for Broadway stage productions]. I knew things would have to change so that I could spend time out of town during the surrogacy process as well as in the long term., I decided to find out up front what they were willing to put up with – I did not rule out the possibility of looking for a new job… Fortunately they could not have been more supportive, which is still the case to date”

Q. How did things progress once you mad the decision?

“I decided to sign up with Circle Surrogacy, and started the process of being matched with a donor and a carrier. About three months later, after I had a donor and was just in the process of finalizing things with Leah, who was to be the gestational carrier, it turned out that I was a few weeks into dating someone new… I realized it had the potential of becoming a special relationship, and I knew I had to spill the beans… While it was not something I mentioned in a first date, things were progressing fast with the surrogacy and I wanted to know how he felt about it. Luckily he was excited and not at all intimidated, and confessed that he had been also hoping to become a parent one day. Today we do everything together.”

Q. How would you describe the relationship you have with Leah, the gestational surrogate who carried your daughter?

“Leah and I got along amazingly well from the very start. She is truly one of the most amazing persons I could ever want to meet and I am just about the luckiest person ever to have her as part of my life. She has given me the greatest gift I could ever ask for and for that I am eternally grateful.”

Q. I understand that she went through a rough delivery experience?

“Leah called me about three weeks before Christina’s due date to say that the doctor had just told her that the baby might show up within the day or two. Not one to be outdone this early in the game, the entire office helped me get out and be on a plane that night (for which I cannot thank them enough) with Karl and my mom in tow. Then….Christina made us wait (I’m sure this is indicative of things to come). We sat around looking at each other for a couple of day until finally Leah called to say that her water had broken and they were on the way to the hospital.

Now, Leah has two daughters of her own and was a gestational carrier for twins in the past. These three births (four if you count all the babies….) were all very fast, so we expected the same. However as the hours passed it was clear that Christina was going to do things on her own terms. Finally after a long night the doctor realized that Christina is “brow presenting”, meaning that she was trying to come out forehead first. After a few hours of trying to turn Christina and much pushing, the doctor decided the best way to move forward was through C-Section.

Needless to say, with no sleep and a bit of turmoil, our emotions were sort of all over the place. But I can tell you that it was the most amazing thing in the world when they held up my baby for me to see. Not being able to hold it together at all, I burst into tears because she was just so beautiful. That, and the fact that Leah went through all of this for my family.”

Q. How was the experience of bringing Christina home?

“Christina was discharged from the hospital two days later and with the paperwork done there was no problem for me to walk out of there with her. Two days later I had to appear in front of a judge in Sheboygan, WI in order to be granted temporary guardianship of Christina while a court date was set where the same judge would approve a petition for me to be the sole legal parent of Christina. After the temporary guardianship was in place, we flew back to New York, just 6 days after Christina was born. Later on, once the same judge granted me the sole guardianship, Christina’s original birth certificate, which lists her parents as Leah (even though she is not the biological mother) and myself, was destroyed and the corrected certificate with myself as her parent was issued. I am a very happy man!” Q. I understand that you have been a gestational surrogate twice already, the first time carrying twins for a NY gay couple, and later you carried Christina for B.J. What made you decide to do surrogacy and then do it again?

“Carrying a child for a couple or person that could not have a child on their own is something I had a desire to do since my early twenties. At this time a close gay friend and his partner, were truly saddened by the thought of never being able to raise children and have a family. I was young and did not yet have any children of my own, yet I already knew I would be able to have a child for them, or another couple like them, at some time in my life. Years later, after marrying and having two children of our own, I realized now was the time to start thinking about helping another family have a child. I was in my thirties and watching many of our friends suffer through infertility and miscarriages. As my husband and I watched and listened to our friend’s struggles we decided it was time to help someone have a child.”

Q. Was it hard to get started once you made the decision?

“Not really. After much research and talking with a few agencies we decided to work with Circle Surrogacy because of their experience in helping gay men have children. I have helped grow two families as a gestational surrogate. As I look back on my surrogacy experiences, I know choosing to be a gestational carrier is one of the best decisions of my life.”

Q. Was it hard for you to “let go” of the babies you carried?

“The love I feel for the children I have carried is completely lacking in attachment. I never had any period of loss, or grieving, or even sadness when they were born and went home with their fathers. I did not need time to say goodbye to these children, they were never mine to begin with. I had a sense of relief. My job was complete, and as I watched the fathers take their children and unite as a family, I was filled with an overwhelming joy and beauty.” Q. There are a lot of stereotypes out there and people who criticize surrogacy as “wombs for rent” – how does it make you feel?

“The public at large does not understand surrogates and the surrogacy relationship, and even the term “surrogate mother” adds to this confusion. I have an overwhelming amount of love for the children I have carried, both while pregnant and now when I see them years later with their families. However I am not their mother nor am I a substitute for the act of mothering while pregnant. Mother connotes family and attachment; I am not the baby’s family. I am a substitute caretaker of the child for the term of the pregnancy, more like a gestational nurse (taking from the term wet nurse).”

“For me, surrogacy is the ultimate indulgence in all the beauty the world has to offer. Seeing the baby you helped bring into this world together with his or her family, a family immersed in pure bliss by this baby’s existence, is true beauty. You cannot find words to describe it; you must see it with your own eyes. This beauty touches all who witness it, including the doctors, nurses, and social workers that are part of the birth process; all of whom stopped by my room in the hospital to talk about the beauty and joy radiating over the Mother-Baby unit of the hospital. As a gestational carrier I deliver life, create families, and fulfill dreams. It has been an honor to be involved in surrogacy and to have B.J., the other couple I worked with and their three children I have carried, in my life.” 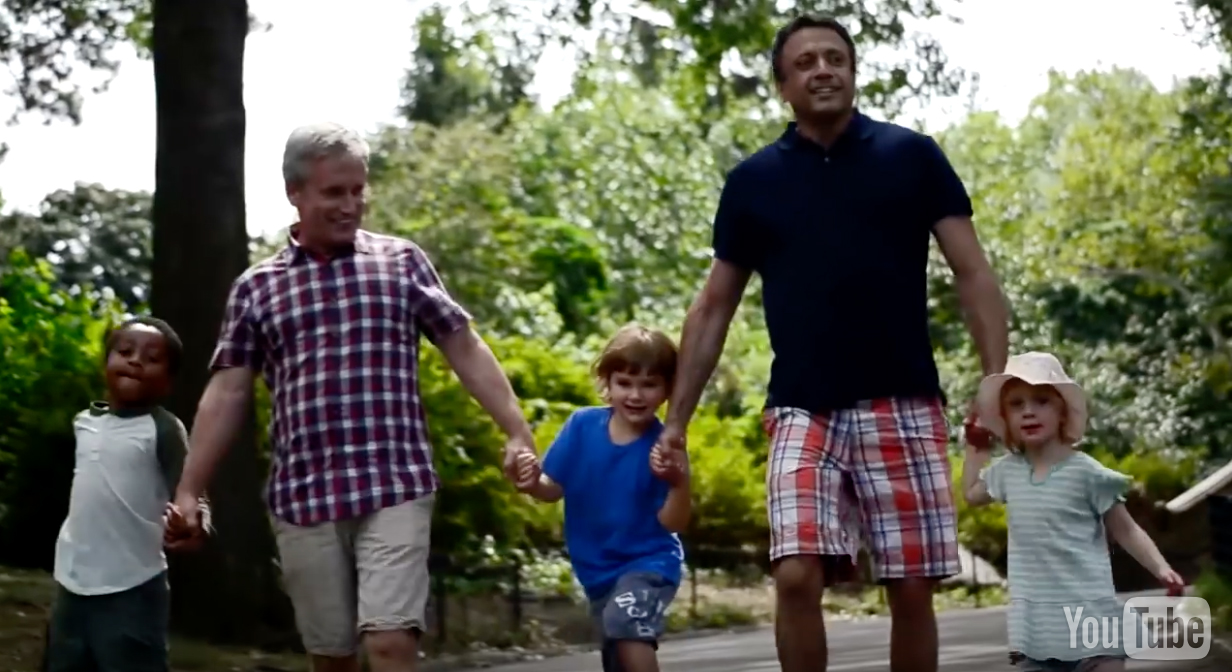 One thought on “B.J. and Leah: A father and a surrogate”