The Virginia Supreme Court affirmed a prior ruling by the Virginia Court of Appeals that said that the state must honor the Vermont Supreme Court’s order of visitation between Janet Jenkins and her daughter.

Janet Jenkins (formerly Miller-Jenkins) and Lisa Miller (formerly Miller-Jenkins) were joined in a civil union in Vermont and thereafter had a child. After the women ended their relationship, Miller moved to Virginia with the women’s daughter, and asked a Vermont court to dissolve the couple’s civil union and sort out custody of the child. When the Vermont court ordered visitation for Jenkins, Miller filed a new lawsuit in a Virginia court, using that state’s antigay marriage law to have herself declared the child’s sole legal parent.

The conflicting court orders – one from Vermont ordering regular visitation for Jenkins, and the other from a lower court in Virginia naming Miller as the sole parent – led to a decision by the Virginia Court of Appeals that the lower court in Virginia was wrong to contradict the Vermont court order granting Janet Jenkins visitation rights. A few months later, the Virginia Court of Appeals, based on its earlier decision, reiterated that Virginia must enforce the Vermont court order. Lisa Miller appealed that decision to the Virginia Supreme Court resulting in today’s decision.

“I’m relieved that this tug of war with my daughter is over,” said Janet Jenkins. “This has been a very long four years. My daughter and I need some time to be together – she needs her other mom.”

Greg Nevins, Senior Staff Attorney in Lambda Legal’s Southern Regional Office in Atlanta is handling the case along with co-counsel Rebecca Glendberg of the ACLU of Virginia and Joseph Price of the law firm Arent Fox LLP who argued the case on behalf of Jenkins. 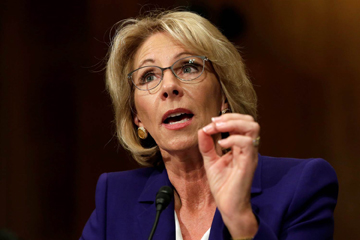