Howard Ludwig is a straight stay-at-home dad who visited a play group hosted by The Center on Halsted. The Center provides local LGBT outreach – and started the play group for lesbian and gay parents [and their kids] three months ago.

Howard writes about his experience in the suburban Chicago news source, SouthtownStar.com.

For the most part – this group doesn’t seem any different from others. While hanging-out, Howard takes notice of subtle differences between this group and similar ones with straight parents.

He notes, “If I had run into this same group at the community pool or a public park, I doubt I’d even notice. The children acted like any other group of kids. The parents didn’t particularly stand out, either. The bulk of the conversation was the typical play-group chatter. We talked about family-friendly cars and the dilemma of public or private schools.”

At the end of his piece, Ludwig eloquently observes the power of lesbian and gay parents reaching out to each other.

In conclusion Howard says, “…something important was happening. Many of the children may never even notice. Though some of them might take a look around the room and realize they aren’t the only ones with two mommies or two daddies. Feeling like you’re not all alone isn’t subtle. It’s significant.”

The kids are alright: Teens of lesbian parents excel at school 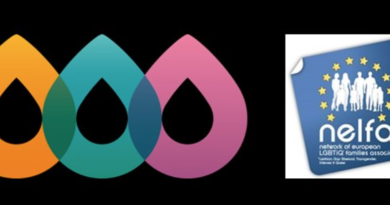