Although lesbian and gay citizens of New York cannot marry, those who marry elsewhere in the world will be supported by the state.

According to The New York Times:

Filed by the New York Civil Liberties Union, it’s the first appellate court decision in New York – and the first known decision in the country – to hold that the state must recognize a same-sex union certified elsewhere.

The case, Martinez v. County of Monroe, was filed in 2005 in State Supreme Court on behalf of Patricia Martinez , an employee of Monroe Community College in Rochester, seeking health care benefits for her female partner whom she married in Canada in 2004.

“This is a victory for families, it’s a victory for fairness and it’s a victory for human rights,” said Donna Lieberman, executive director of the N.Y.C.L.U. “Congratulations to all same-sex couples validly married outside of New York State: You are now husband and husband, wife and wife. Now we need to work toward a New York where you don’t have to cross state or country lines to get married.” 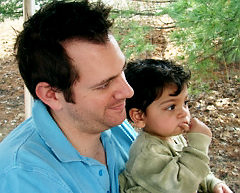 2 thoughts on “New York will recognize and honor same-sex unions from elsewhere. Gay marriage is okay in New York state.”