Signature collection is getting more difficult for right-wing extremists on both coasts. A group in California has failed to garner enough support to remove civil rights protections provided by SB 777.

And now the Orlando Sentinel reports that a conservative group backing the gay-marriage ban has failed to collect the appropriate amount of signatures necessary to place a constitutional amendment – to ban gay marriage – on the 2008 ballot.

Although the group announced last month it had enough signatures to put it on next fall’s ballot – the effort was actually more than 20,000 signatures short of the number needed.

Those supporting this discriminatory amendment have until February 1st to turn-in signatures. It’s believed they will use the January 29th Primary Election to gather those signatures.

Approximately 27,000 signatures from Miami-Dade County had been electronically reported twice to the state. 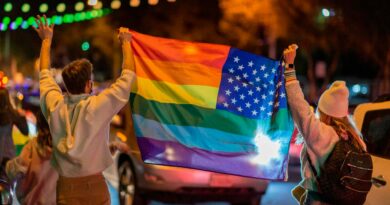 We will get the Equality Act