An anti-gay-rights group didn’t collect enough valid signatures on a referendum to block Oregon’s domestic-partnership law, but it convinced a judge to freeze the legislation which was to take effect January 1.

The law would have given some spousal rights to gay couples.

State elections officials said this fall that the signature effort fell 116 valid signatures short of the 55,179 needed to suspend the law.

Now, the Seattle Times reports that the political faction complained the state’s review process was flawed – violating the rights of citizens who had signed petitions.

Margaret Olney, attorney for Basic Rights Oregon, said the judge “misunderstood the referendum process in a number of ways. ”

“The idea that there is some individual vested right when you sign your name is wrong,” Olney said. “It’s equating a signature to a vote.”

Virginia legislators to consider whether or not gays can adopt children 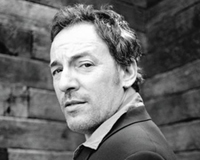