Bill McConkey wants to play fair in the fight for marriage equality in Wisconsin. He’s also a straight, married, Christian – with a lesbian daughter.

McConkey is trying to prove that wording of the constitutional amendment, as it was submitted to Wisconsin voters, violated Article 12 Section I of the Wisconsin Constitution.

McConkey believes voters may not want “marriage” for gays, but would approve of “civil unions” if given the option.

A Dane County judge ruled the lawsuit can go forward on grounds that McConkey was harmed as a voter by the wording of the voter question.

The Star Tribune recently published an interview McConkey did with the Associate Press.

In the Q&A, McConkey explains:

“As a student of history and as an educated person, I know the history and the implications of that mind-set. It began with that. I also have a gay daughter.”

He goes on to say, “I think ultimately I would say under the U.S. Constitution, the way it’s written, we cannot constitutionally deny the right of gay people to be married. Neither can the government order a church and say you have to marry gay people. That’s an important difference to me. ” 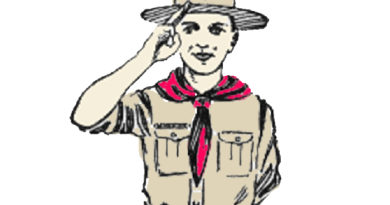