Attorney General Bob Cooper wrote an opinion – released October 11 – that said same-sex couples are eligible to adopt children as long as the adoption is found to be in the best interest of the child.

The AP reports that the Tennessee Constitution does not mention adoption, and Cooper found there were no current laws that specifically bar gay couples from adopting.

Former state Rep. Chris Clem, a Republican, sponsored a bill in 2005 seeking a ban on gay adoptions. It was later changed to give preference to heterosexual, married couples over singles, but it was voted down in committee.

Chris Sanders, president of the Tennessee Equality Project, which advocates for GLBT people, said there may be another push in the General Assembly to get adoption laws changed to ban adoption by gay couples. 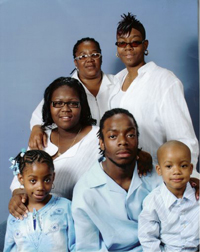 Challenges for LGBT parents of color: Oppression because of one’s gender and race can be overcome.