The educational video is titled That’s a Family! and it was produced specifically for elementary school students by Women’s Education Media as part of The Respect For All Project.

J. Harold Van Zant School showed its third graders the film and a few vocal parents got upset about the possibility of tolerance for lesbians and gays.

The school district decided to shelve the film, provoking the threat of a lawsuit by Garden State Equality, who said the district’s refusal to show the video was a violation of state antidiscrimination laws.

“I felt like we were living in the ’50s,” said Trish Everhart, a member of the parent teacher association at nearby Richard L. Rice Elementary School.

Steven Goldstein, chairman of Garden State Equality, said the district’s decision, which he called outdated and illegal, was based on antigay prejudice.

“It’s not about parental control, it’s about fear of gay people,” Mr. Goldstein said. “We think the school board’s decision hinges on its fear of one community – the lesbian and gay community – and violates the state’s law against discrimination.” 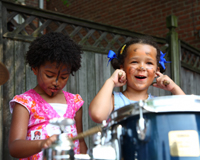