Oklahoma’s Adoption Invalidation Law was passed in 2004. It said that Oklahoma shall not recognize an adoption by more than one individual of the same sex from any other state or foreign jurisdiction.”

Under the law, single gay men and lesbians could become the parent of adoptive children, but same-sex couples were barred from adopting. The law even allowed the state to invalidate adoptions where couples had been awarded joint parenting rights in states where co-adoption is legal.

A U. S. District Judge declared the law unconstitutional in 2006 but the state of Oklahoma appealed to the 10th Circuit. Lambda Legal took the state to court.

That court ruled the Adoption Invalidation Law violates the “Full Faith and Credit Clause” of the U.S. Constitution.

Lambda Legal represented two same-sex couples and their families who adopted children while living in other states and later moved to Oklahoma or wanted to visit the state with their family. 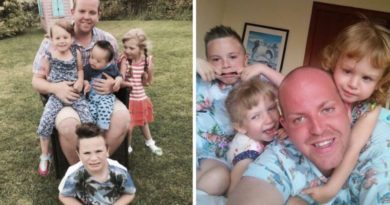