Same-sex marriage will continue to be legal in Massachusetts. Fair-minded lawmakers eventually defeated conservatives over a proposed constitutional amendment to define marriage as between a man and a woman in the commonwealth.

“In Massachusetts today, the freedom to marry is secure,” Gov. Deval Patrick said after the legislature voted 151 to 45 against the amendment, which needed 50 favorable votes to come before voters in a referendum in November 2008. Senator Gale D. Candaras, a Democrat, voted against the amendment Thursday, although she had supported it as a state representative in January.

Organizations that lead the fight against an amendment are victorious and energized for more progress. Massachusetts Gay & Lesbian Political Caucus Co-chair Arline Issacson said “Courage won out over fear. Thousands of lesbian and gay married couples can rest more easily tonight. And thousands more can be assured that marriage equality will be there when they’re ready to marry the person they love.”

Those with NY Times subscriptions can read it’s coverage on the story. 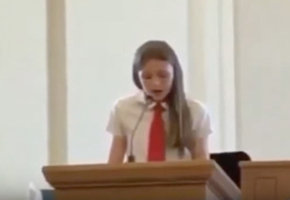