Gov. Lincoln Chafee believes marriage equality is a civil rights issue and wants his state to join the rest of New England by legalizing same-sex marriage. R.I. lawmakers are debating the issue prior to a vote – which will take place at the end of January.

Opponents of marriage equality want the decision to be decided by voters.

Lesbian mom stopped from moving daughter away from ex-partner 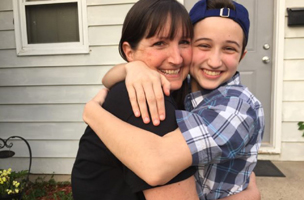